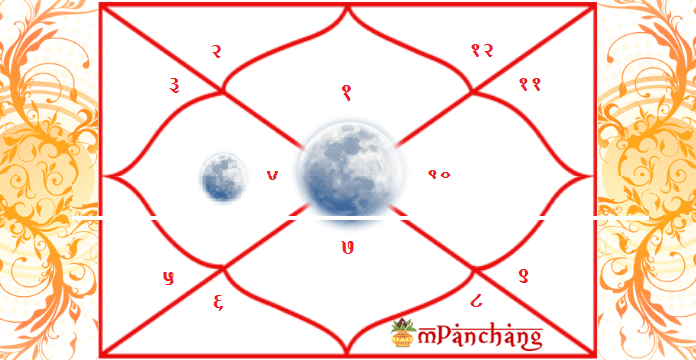 Moon in the 4th House of Birth Chart: Meaning and Impact

The fourth house of the birth chart represents mental peace, mother, possessions, domestic life, property and the family of the native. It becomes significant to go for Kundli analysis to understand the positioning of the various planets in the natal chart.

Moon in the 4th House effects on Personal life

When the placement of the Moon is in the fourth house of the birth chart then it clearly shows that the native would be very close and attached to his or her mother. The connection with the native place would also be very strong and inseparable. Both heritage and traditions, as well as family, is much important for these individuals. If there is any sort of imbalance or stress that exists in the domestic life then the native gets highly influenced by all such aspects and it makes them all distressed and unhappy.

Moon in the 4th House effects on Professional life

Placement of the Moon in the fourth house of career makes the natives inclined towards social work and they are much likely to take it as their profession. They can either become a social activist or indulge in providing social services to the needy. The natives are emotionally stable and possess a lot of empathy. Hence, they like to serve others with all their efforts and are also likely to gain much recognition in social work.

Know Effects of Moon in 1st house of Janam Kundli

Moon in the 4th house effects on Male/Female

Presence of Moon in the 4th house of the male natives makes them highly intuitive and they like to work as per their intuitions only. These natives struggle because of their constant insecurities. They are highly fluctuating when it comes to their responses based on emotions. And when Moon is in the 4th house of the female natives then they love to spend most of their time with their family. They like to work but only if it offers them a chance to work from home only. Such individuals are likely to become successful freelancers.

Read also: Moon in the 2nd house of Janam Kundli

Positive aspects of the planet

Negative Aspects of the planet

Remedies for the Ill effects of the planet