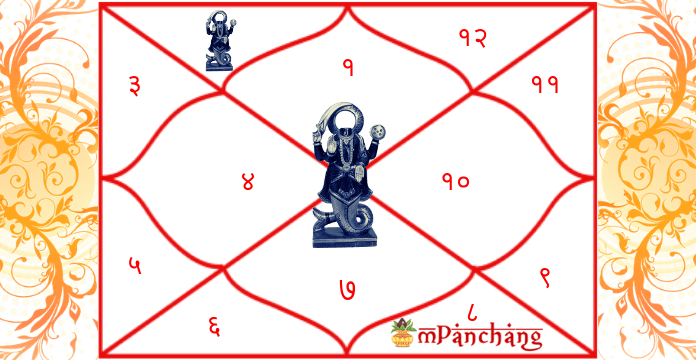 Effects of Ketu in the Second House of Kundli

In the entire astrological arena, Ketu is regarded as one of the most malefic planets which have several negative and ill-effects on the natives depending upon the house in which the planet has its placement. When Ketu is placed in the second house then it has both positive as well as negative impacts depending upon its association with the Moon. When Ketu is placed in a benefic position then it offers professional as well as financial heights to the natives.

When Ketu is placed in the second house of career, then the individuals are likely to drop their studies in between and start earning at a young age. The individuals might also travel to several foreign nations for business purpose and in order to earn a higher income.

Effects of Ketu in the 2nd house of the male kundali

When Ketu is placed in the second house of the male natives then it leads to speech disorders, stammering or impairment to the individual. It can make the natives highly unstable and agitated. Ketu might give a harsh speech to the natives and thus they are usually misunderstood by the people.

Are your in Gujarat check choghadiya bhuj, chogadhiya for others locations of Gujarat.

Effects of Ketu in the 2nd house of the female kundali

when Ketu is in the second house of the female natives then such individuals are not fortunate in respect with the financial and family matters. They are likely to sell their assets like jewelry or properties in order to fulfill their liabilities. Such people are God-fearing individuals who avoid indulging themselves in immoral tasks.

The natives who have Ketu in their 2nd house of Kundli might not receive any sort of support or cooperation from their immediate family members but the spouse and the in-laws may help both financially and emotionally.

Positive effects of Ketu in the 2nd  house of Janam Kundli

Because of the favorable position of Ketu in the second house of Kundli, the natives become highly knowledgeable and learned. Such people are likely to express themselves in an open manner as well as possess a desire to learn foreign languages. The individuals have a seriousness towards life and are of an indulgent kind.

The placement of Ketu in 2nd house is moreover considered as negative only as the natives might face obstruction in education, have delayed success, feel dissatisfied at times and might find their life a waste. Ketu is regarded as a shadow planet and thus it can also shorten the lifespan of the individuals with its malefic nature. The positioning of the planet might cause imprisonment or bankruptcy to the native. It also offers a level of dissatisfaction in the individuals when it comes to the money matters. It may also lead to financial troubles. The natives are required to have positive thinking and must visit the Lord Bhairav temple frequently.

With the help of the Janam Kundli analysis, you can also watch over that the actual reason behind your day-to-day problem might be the malefic placement of Ketu only. Click here, to get a Free Janam Kundali Analysis.